Almost all of the Icelandic population lives on or near the coast. And although the interior makes up most of the country’s area, Iceland’s highlands have remained almost entirely uninhabited apart from a few mountain cabins and gravel roads snaking through the middle of the island. While the plateaus of the highlands stand only 400 to 500 meters above sea, the entire region is, in fact, a world unto itself. Wild. Open. Alien. 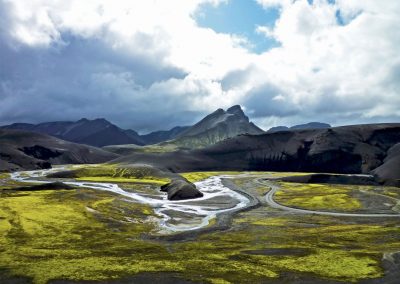 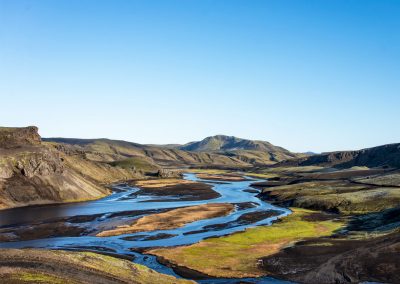 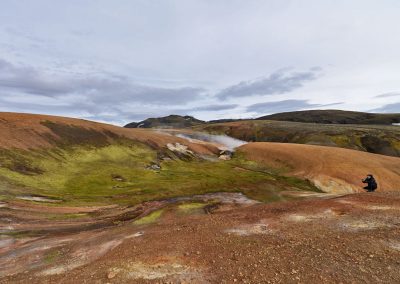 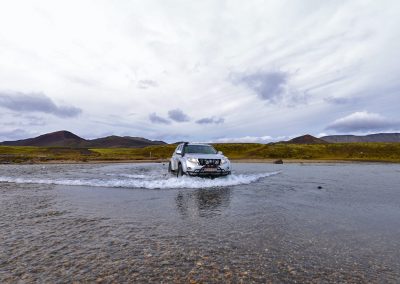 A Scene Set for Adventure

The landscape of the highlands possesses the rare beauty of a volcanic desert, one of Earth’s strangest topographies: a primordial terrain of imposing mountains, severe gorges and great swaths of black igneous rock and grit devoid of vegetation. But it is also a place filled with legends and lore, from outcasts and criminals to trolls and elves, as the highland’s place names suggest: Ódaðahraun (“Lava Field of Foul Play”), Skessudysjar (“Grave of Ogresses”), Draugakvísl (“Stream of Phantoms”).

In the footsteps of Outlaws & Giants

In the early years of Iceland’s settlement, one of the most severe punishments was banishment. Outlaws were turned out of society to roam the highlands, where they either perished or holed up in caves or other makeshift dwellings, like the hideout of Fjalla-Eyvindur and Halla. The couple was said to have lived in the highlands for over two decades and is the inspiration for one of Iceland’s most haunting lullabies. For many Icelanders, the highlands remains an eerie place where society’s outcasts met their ghosty ends.

According to legend, the highland trolls were great, hulking beasts with ravenous appetites for human flesh. But they were also known to be stupid, often forgetting to hide themselves at daybreak and consequently turned to stone by sunlight. The highlands are filled with place names referring to trolls and their bodies frozen in various states of agony by the sun and its pertrifying rays: Tröllabarmur, (Troll Bosom), Trölladýngja (Troll Volcano), Tröllahamar (Troll Cliffs).

Mission to the Moon – No Space Helmet Required

Even in the modern era, the world recognizes how unusual and almost supernatural this landscape is. Since the 1960s, NASA has been sending its astronauts to Iceland to train in the barren, volcanic landscapes of the highlands in preparation for traveling to the moon. And to this day, the highlands remain a place of exploration and adventure, from hikers and nature lovers to those who simply want to find themselves in the vastness of this extraordinary landscape.

Discover the wild beauty at Iceland’s heart with ILT on a trip to the beguiling highlands. Contact ILT to find out more about how the stories and legends of this breathtaking place can leave you with memories to last a lifetime.